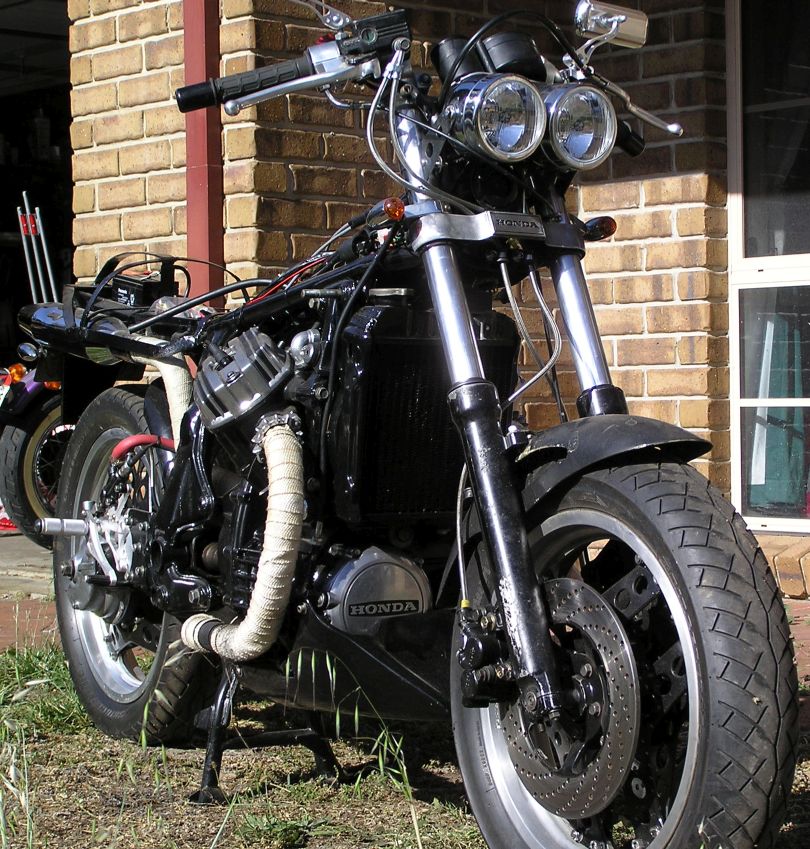 This is the CXF -its a CX650 Euro Frame – CX500 engine, and several bits of VF750. Essentially its a lets see what I can put together with the bits I’ve got left over in the shed! So below you can see the original frame forks and wheels for the 650. 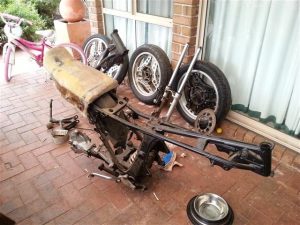 Below you can see what happens if you leave me alone with an angle grinder for too long. Note the non CX shock fitted – this was a bit poor in that the spring was obviously rusty and had been white heatshrinked over! 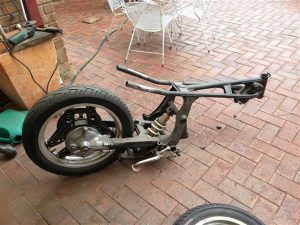 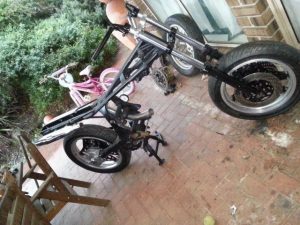 Here you can see a mock up – the forks are loose in the headstem as at this stage I hadn’t yet fitted the new tapered bearings and converted the triple over to VF1000F forks – this needed the stem swapping from the CX into VF1000F top and bottom triple clamps.Also note the new rear end to the bike – the long tray that holds the exhausts will hold the battery and other electrical items -The  flex tube is for experimenting with the exhaust routing.I have an idea for the exhaust routing – but had to source a pipe bender – I was able to find an old strong English made one locally at a good price – some work with the wire brush and a coat of paint and good as new.

This bike has two set of wheels – because I can …The first is as seen above – the silver outside black centre wheels are standard a CX650 rear wheel and a VF750F front wheel fitted with drilled CX500 disks. ( the thick ones from the single front brake version)

Theres also a set of “BLING” wheels as shown to the left. These are a vf750f front wheel and a hybrid rear.
The Rear wheel is a cx650 shaft driven Hub – fitted into a VF750F rear rim. This  gives an extra 0.5″ of rim width at the rear for wider tyres.Yes both comstars were disassembled, drilled out to 8mm from 7 and reassembled using aircraft grade stainless bolts, locking nuts and  locktite. 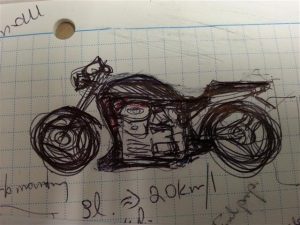 Shown above is a quick scribble of the concept shape as to where Its headed – Alright, I’m not an artist.

November 2015
Ok lots of activity has happened on this one – albeit slower than Id like.
This bike has been acting as the test bed for the CX CDI and Hall effect ignition developement  – so its seen many different setups – CDI coils, 12V coils, TAI, CDI, stock pickups and Hall effect setups.
Things that have been done – to list but a few :

As they say – “this thread is useless without pictures” 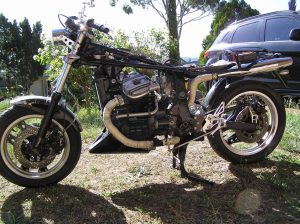 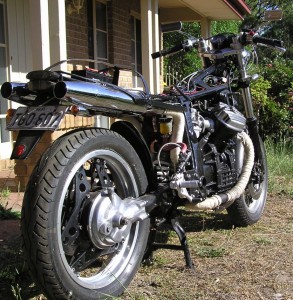 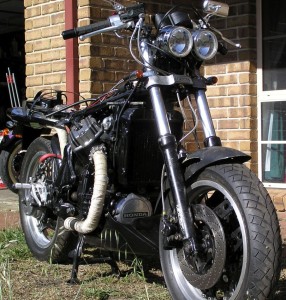 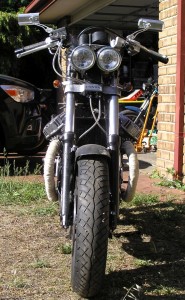 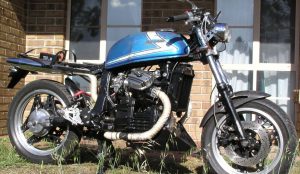 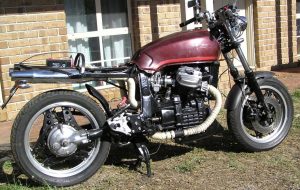 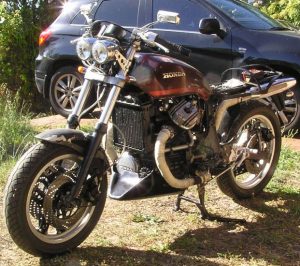 It hugs the radiator and comes down lower near the heads – flowing better into the seat and tail – but of coarse means I need to built the tank – thats a hollow top from a sabre ….
Sigh