This ones a hypothetical

Similar to to the speed flip number plate – a servo motor can be used to raise and lower the number plate when required.

The idea here is to make an automated system that only activates if ABSOLUTELY necessary, ie approaching a speed / redlight camera at more than the speed limit.

The primary use it to provide a warning – in the event of a lapse in concentration.

A Garmin GPS is used to provide the speed zone warnings, overspeed and camera locations. Yet to set Waze up to suit.

DTMF tones are added to the custom POI announcements to signal to the controller the zone information, which is recevied and decoded by the controller. The controller also has a speed sense connection to accurately measure distance and speeds from the warnings, as well as timer events.

Ive expanded it to include gear indication, and to perform 4 zones of heated clothing control – as the buttons are already available –
Really here in Oz – its only in the heart of winter when I ride to work in the rain and the temp is around Zero C that i break out the heated gloves and socks -but it was simple to have 4 zones.

A 1.54″ EPD display is used to display information – currently

Code Written and prototype board build – just revising to a new baord and moving to the ESP32 processor to allow for the use of the EPD display – the first version used the nano and an OLED.

Also found that the RadarDroid App will support custom audio alerts – so that will be something to try as well as the garmin option-there could even be scope to send the tones over a bluetooth audio link to the unit – from a phone running RadarDroid …..

Above was the first prototype  – new board, using the ESP32, heater output board  and display shown.

As you can see the display performs a few functions. 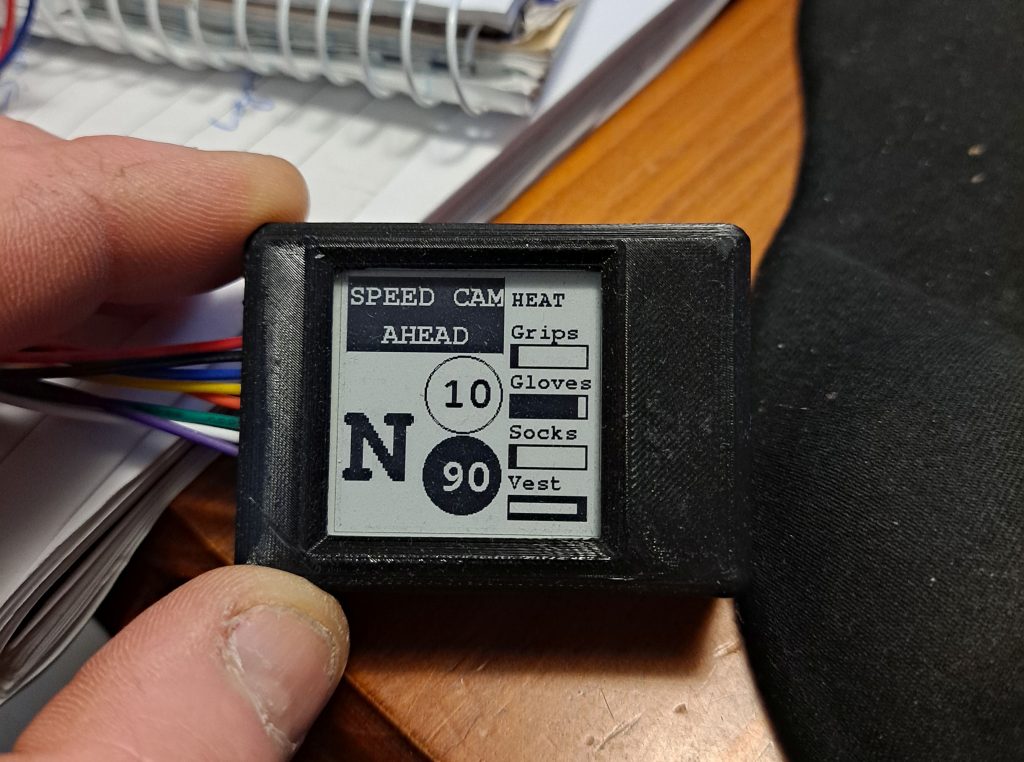 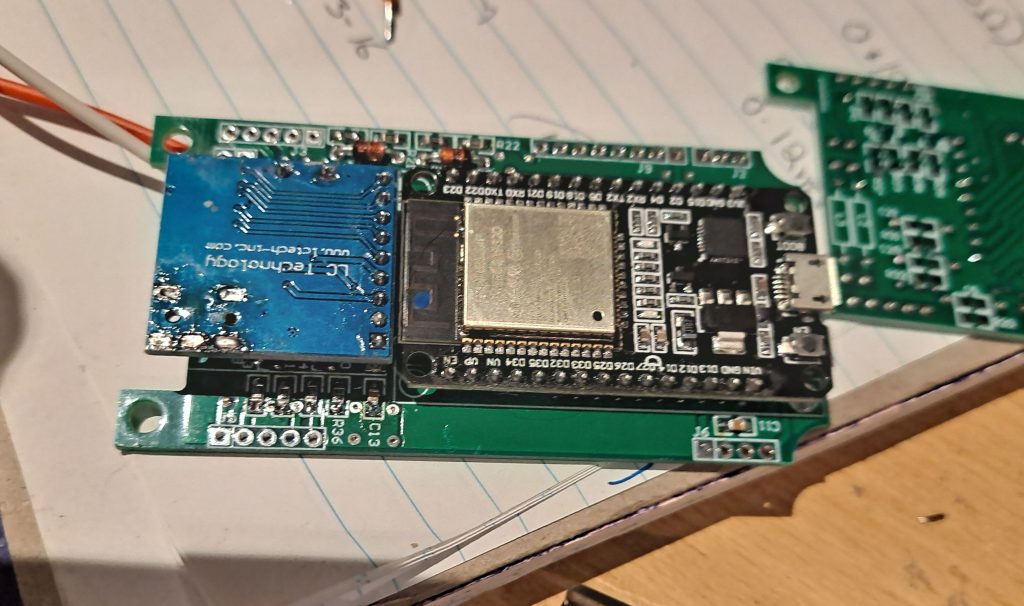