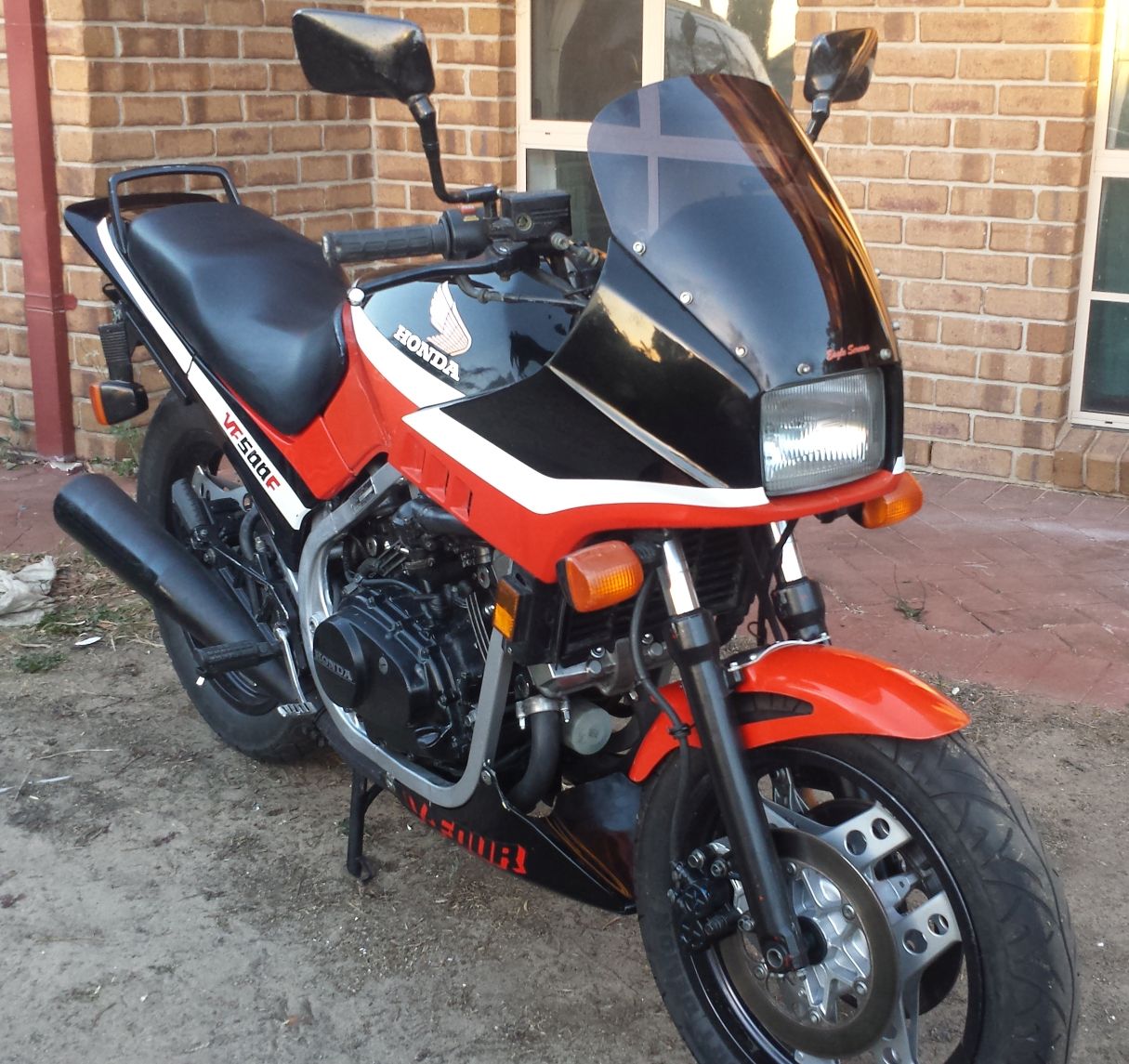 Another project that occured –

I got it and the tank bag for the sum of $250 plus another 50 for hiring a trailer. It was calimed to all be there – but I had my doubts. Id found some damage to the crankcases caused by incorrect forced dissably – but it wasn’t structural and I figured I could make a go of a repair.

So it came home – to be quickly put in the shed to await my return.

I took a few photos of the crank and bearing letters before leaving as it made sense to try and get parts in the US while I was there.

This is how it arrived. 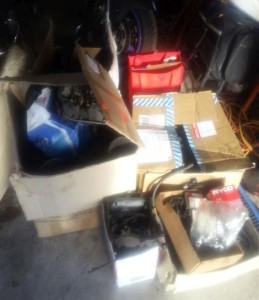 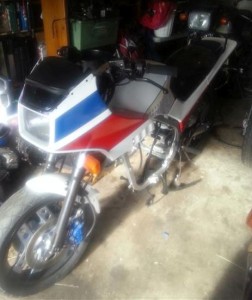 Notable is the non standard paint work but sort of standard colours.

But the good factors were, while its an 85 bike /chassis – it has an 86 engine with the line bored cams, 86 carbs and 86 gravity feed fuel tank – sweet.

So essentially this was a rebuild from the parts – but with some fixes needed along the way.

So she went together reasonably well – then the fun began.

I had a lot of trouble with her overheating / running hot – but only once she was warmed up and having fun above 7000 rpm.

This was driving me nuts – I started worrying about a crack in the head near the exhaust valves that was opening under heat and pressure. I sourced a pair of replacement 86 heads from the US – they were a bargain – but the shipping cost 3 times what the heads did !

Ok so equipped for the worst I took the heads off – looked ok except a tiny divot near the flame ring on one cylinder – smoothed it – filled it with a tiny bit of JB weld, smoothed it over.

On the original install of the gaskets I’d used a new heat gasket sealant – so I went and sourced my usual Hylomar gasket sealer – the company that makes it has shut down and I had to get some of the last stock in the warehouse – bugger.

So liberal application of hylomar – and new gaskets back in – button her up. Set valve clearances, do the heat bolts up  on the torque rating. Run without coolant for 90 seconds. cold down. retighten head bolts to +10% torque rating and check clearances. Coolant in. Test.

Result – all good ! It appears that the tiny divit / or the new head gasket sealant caused a slight issue – at high rpm and temp there must have been a slight bleed through – just enough to cause the issue – it probably would get worse over time.

Now I had to pull the carbs and reset them to stock. Sigh.

I keep a watch on ebay and gumtree for r vf500f parts – a rolling chassis came up in a township called Kapunda – near where I grew up and about 150km away – The price was ok – a bit of bargaining and the guy would deliver for a small fee – Done.

So a rolling chassis arived – It had a full set of body work – really the whole bike minus engine, carbs and some ignition bits. Sweet – Instant paintwork !

This allowed me to change the bodywork and forks over to the red black and white setup – and ride.

The new forks are the correct size – 37mm but are not as far as I can tell VF fork stanchions – they are thicker walled and have angled air valves – so it took a bit more work to get it all sorted than I thought – but its all good – did the racetech mod at the same time.

This of course allowed me to source a tail piece and complete my painting of the original bodywork to the correct colours while being able to ride her :).

There are only a couple of changes from stock- 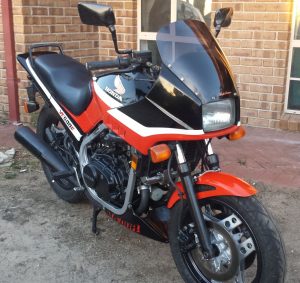 and in the new  original colour scheme  with the  repainted bodywork.

I have winter and summer dresses for her !