I had  a need to make a bike wiring simplifier / controller for a harley custom chopper that frequents my shed – the vibration on this thing just shakes most things apart-
Had a look at the motogadget m-unit – fell off my chair at the price and unnecessary blue tooth functionality, Had a look at the NWT units – and the Axel Joost – but nothing quite fit the price point and the desire not to use custom controls/ or copmpletely have to rewire them.

I wanted a general unit that would accept programmable input polarities from standard controls, and provide the control outputs with a few whistles –

Dont need any bluetooth functionality but  did decide to add :

Had a look at the resettable fuse option – but it adds more complexity than its worth – so instead – used 30A mostets with two main circuits of master fuse ( eg 2x10A) or you can fuse the individual outputs if desired.

Setup is via a simple serial terminal setup shown –set once and forget – but shows the options.

As it uses and arduino Nano as the core – I will be making  the code available for those who want to add features of there own. 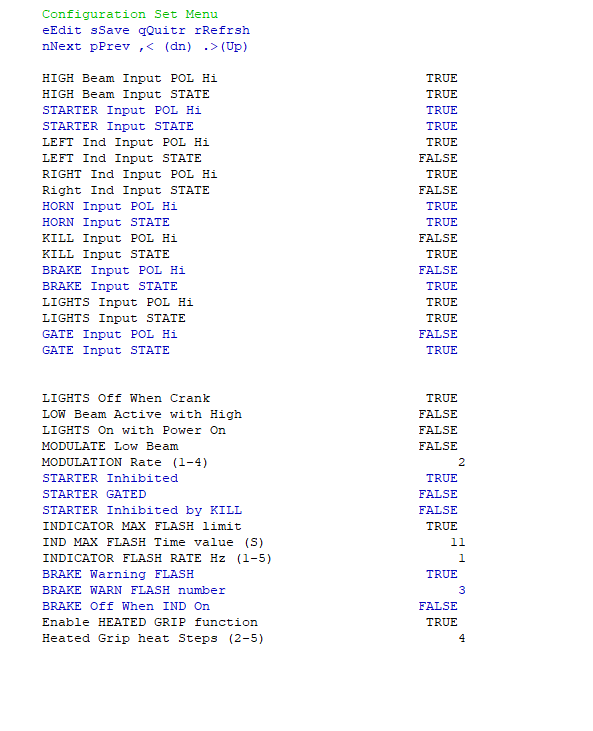 Showing a possible setup on a bike – dash removed for simplicity